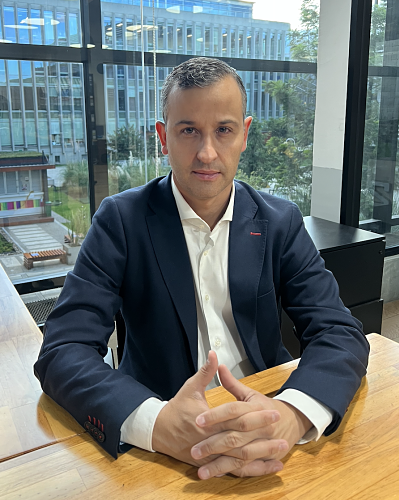 Madrid, 13st December 2021. Lantania strengthens its position in Colombia with the appointment of Javier Martín as Country Manager. The new head of the infrastructure, water and energy company in the Latin American country will be in charge of expanding and strengthening the opportunities for the company in this market.

Javier Martín has 12 years’ experience in international business development. Prior to joining Lantania he worked for just over three years as International Development Manager at Alisys, where he was responsible for defining and executing the company’s expansion plan and international policy, opening offices in Colombia and Morocco. Martín began his professional career in telecommunications, becoming Head of Sales for Ya.com and Orange. He worked for almost nine years at the Isolux Corsán Group, which he joined in 2009 as Market Manager for Control and Systems to be later appointed Manager of Business Development of the Energy and Industry division a year later.

A Telecommunications Engineer from the Universidad Carlos III de Madrid, specialising in management and planning, Martín also holds a degree in Economics from the Universidad Nacional de Educación a Distancia (UNED) and is an arbitrator for the Community of Madrid in telecommunications disputes. “I am excited to join the Lantania team and to be able to bring all my experience to a young and growing company,” said Martín.