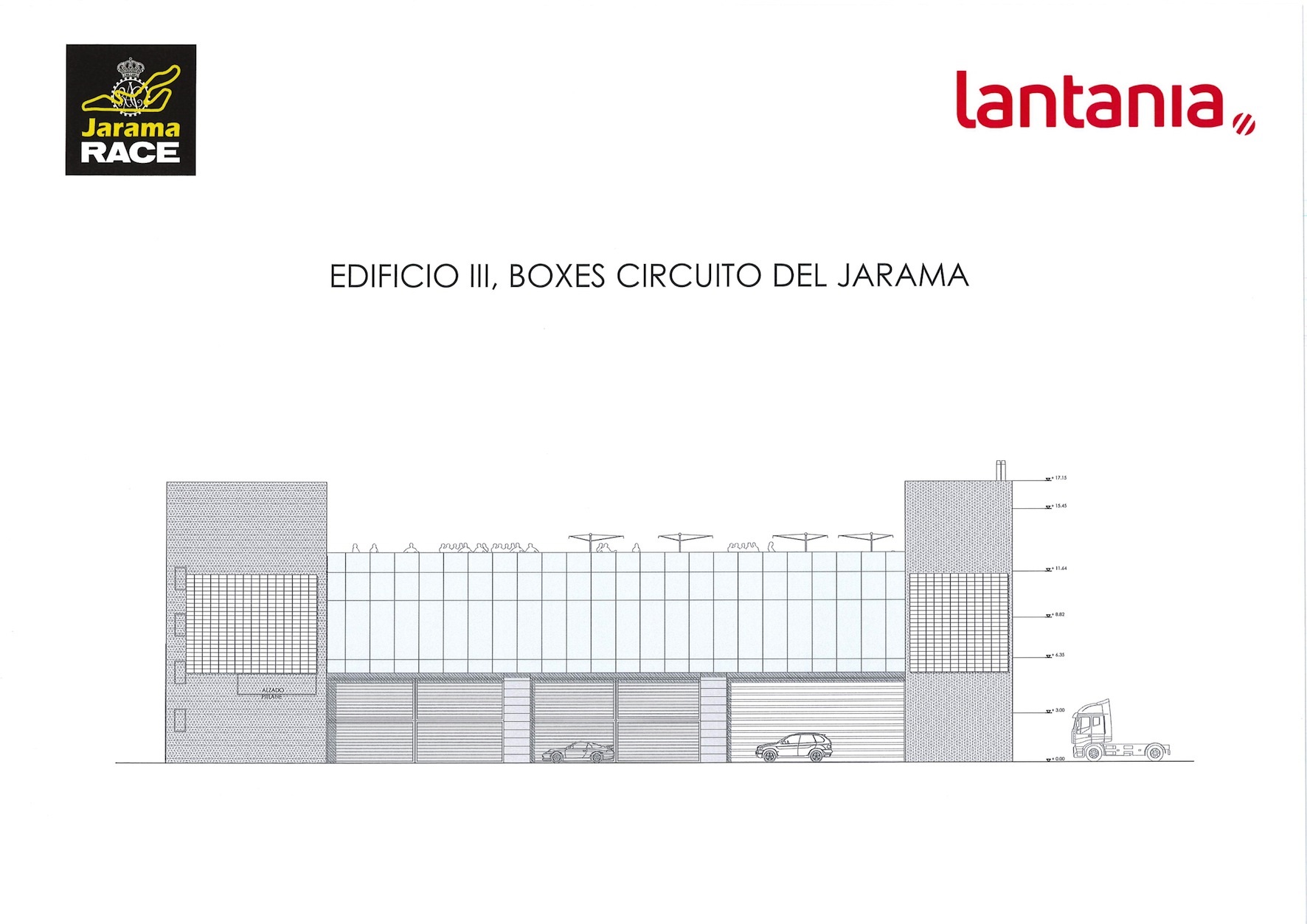 Madrid, 18 July 2019. Lantania will construct the third building in the Paddock Club Complex at the Jarama-RACE racing track. The facility, which will have a total floor area of 2,201 square metres, will be comprised of a rectangular building with two towers on either side, which will house spaces for conventions, offices, large pit lanes, storage areas, and utility rooms.

Located in the paddock area, close to the new control tower, the building’s lower level will feature three double pit lanes that are 12 metres wide and 5 metres high, then spaces for conventions, the circuit’s offices, and different utility rooms on the first floor. The second floor will span the entire building, and on top of it, there will be a terrace intended for events and a chill out area, where guests can enjoy company activities and events happening at the track.

Lantania is expected to begin the construction in mid-July and the expected time frame for completion is 10 months. With the construction of this building, the infrastructure, water, and energy group adds a new project to its backlog, which includes more than 50 projects. In just this first half of the year, the company has managed to obtain 81% of the new contracts figure forecasted for the whole year.

The third building for the Paddock Club at the Jarama-RACE Circuit in San Sebastián de los Reyes (Madrid, Spain) is part of the second phase of the Jarama 2021 Project. This was launched at the beginning of 2014 and aims to turn the racing track into a renovated facility ready to host all kinds of company events and which will be a place for motorsport fans to spend leisure time and enjoy. In addition to remodelling several buildings, this second phase also includes a renovation of the grandstands.

Inaugurated in 1967, the Jarama-RACE Circuit, the home of competitive motor racing and motorcycling in Spain, has hosted all kinds of top-tier national and international races in its 50+ years of history, including nine Formula 1 Grand Prix races and sixteen Motorcycle Racing World Championship events.

Lantania is a group that focuses its activities on large infrastructure construction projects, including transportation infrastructure, unique buildings, and water and energy projects. The company achieved 58,5 million euros in revenue in 2018, which was the first fiscal year where it was operational for the entire year. It has a backlog over 250 million euros and 80 million in assets.

The construction of the Almudévar dam in Huesca, the bridge over the Genil River in Huétor-Tajar, Granada, the expansion of the Guadalajara Hospital, and the electrification of the first section of the high-speed train corridor to Extremadura, all of them in Spain, are some of key references. Lantania has a staff of over 200 professionals with an average of 22 years of industry experience and an important machinery park integrated by more than 1,200 state-of-the-art pieces of equipment.