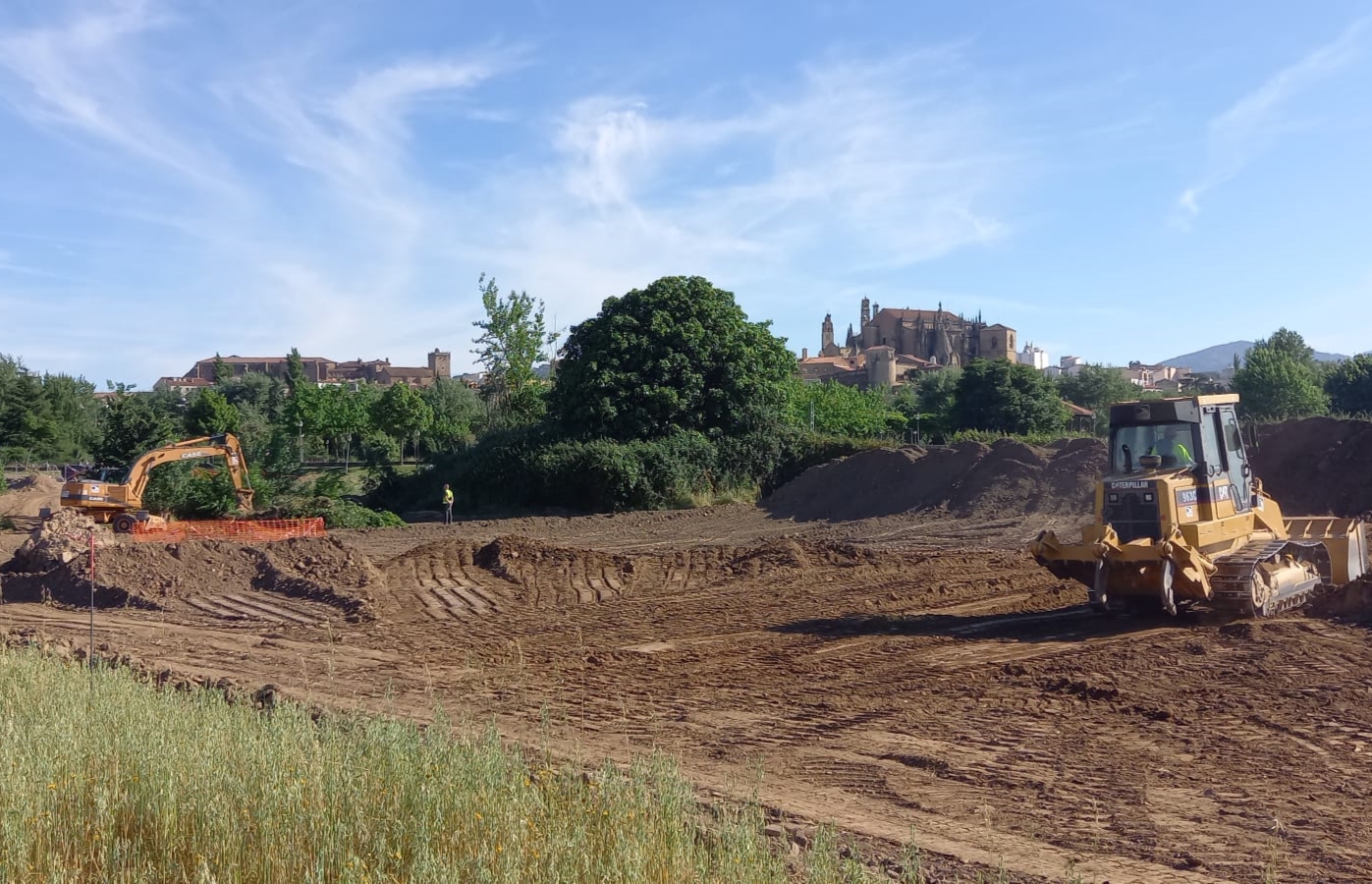 Madrid, 31 May 2022. Lantania has been awarded two new contracts in Extremadura worth 18.4 million euros. The infrastructure, water and energy company will build the Southwest European Logistics Platform in Badajoz, a 14.6 million euro project, as well as the new road connecting Plasencia (Cáceres) for 3.8 million euros. Both works have been assigned by the Department of Mobility, Transport and Housing of the Regional Government of Extremadura and have already been started.

The company will carry out, in a joint venture with Magenta, the construction and connection of the external general systems of the Southwest European Logistics Platform, in order to provide its pre-planned plots with the appropriate urban infrastructures and services for their development. Lantania will be responsible for providing the platform with road and pedestrian access, a water supply, sewage and rainwater drainage, an electricity supply – for which the substation will need to be expanded -, a gas network, street lighting, a telecommunications network, landscaping and street furniture. The works will take 14 months to complete.

A total of 72 hectares will be constructed in addition to the 60 hectares already completed. The total area of the 2nd stage comprises an extension of 447,500 m2, while the 3rd stage will add another 274,589 m2. Both sets of land are located to the south and east of the land covered by the 1st Phase of the project. They are divided into two areas, separated by a corridor of land that includes the future route planned in the informative study of the new Madrid-Badajoz-Lisbon high speed line, with the 2nd phase to the north and the 3rd phase to the south.

The Southwest European Logistics Platform aims to promote the development of business and freight transport by rail, as well as rail-road intermodality. The total platform project involves an investment of more than 40 million euros.

Lantania will construct, in a joint venture with Excavaciones Justo Duque, the new Plasencia connection road that will connect the southern ring road (EX-304) with Avenida de España (EX-370). The project, with an expected completion period of 15 months, has been awarded for 3.8 million euros. The section of the new route will be 482 metres long and will have two lanes in each direction, a central reservation, a bicycle lane and exterior pavements. The entire route runs on an embankment, highlighting the construction of a viaduct that bridges the Niebla stream and Rambla de Santa Teresa street (or Malpartida road). The structure will have a length of 75 metres and will be split into two 37.5 metre sections.

The new infrastructure will improve connections in and out of Plasencia and will allow for smoother traffic flow. It will improve mobility not only in the city of Jerte but also in the surrounding villages by connecting the Avenida de España with the southern ring road, which in turn connects with the N-110, EX-203, EX-208 and the EX-A1 roads, through the Malpartida road in Plasencia.

Lantania’s works in the Extremadura region include the renovation of the Mérida and Badajoz train stations, as well as the electrification of the Plasencia-Badajoz section of the Madrid-Extremadura high-speed railway line.