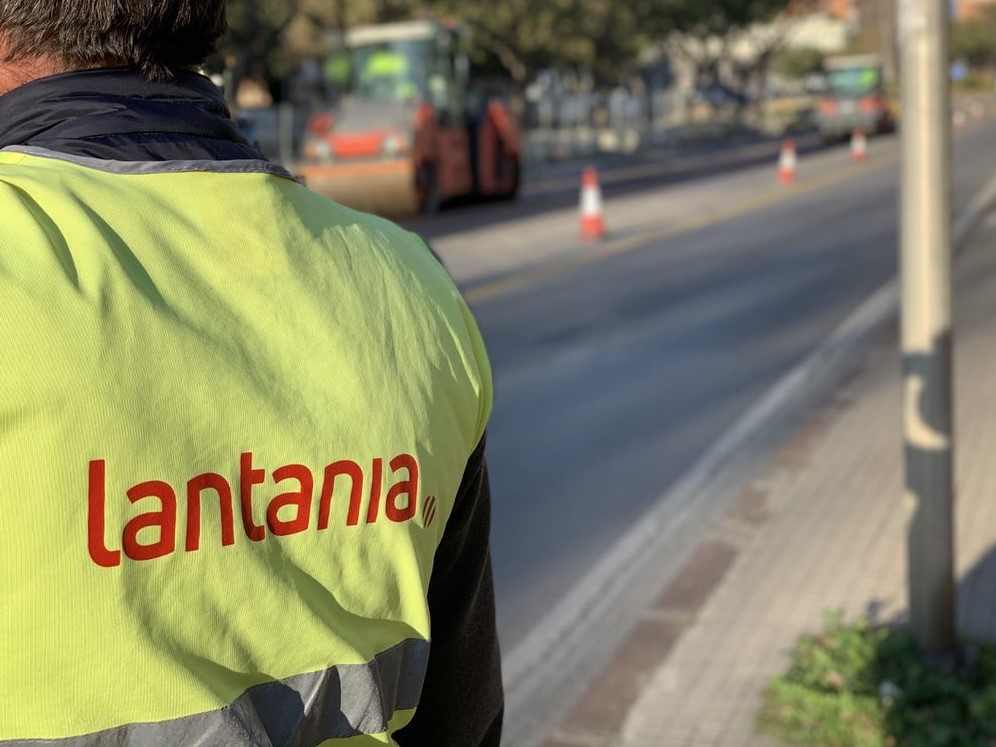 Madrid, 17th March 2021. Despite the difficult context created by the Covid-19 pandemic, Lantania continues to meet its growth objectives and strengthen its position. The infrastructure, water and energy group achieved a turnover of 117 million euros last year, an increase of 17% from the previous year. The company’s EBITDA was 10.1 million euros. The company estimates a 10% impact on its revenues as a result of the health crisis.

These results keep Lantania above its set targets. The company’s 2022 Strategic Plan sets next year’s turnover expectation at 145 million euros, a figure that will be exceeded this year, when 30% growth is expected. “We have overcome a complicated year with good numbers, achieving our goals despite the economic situation, first in the international arena and then by strengthening our position in strategic markets, such as water and railways,” says Lantania’s president, Federico Ávila.

The momentum registered by the company in the last six months of 2020, in which it increased its revenues by 54% (71 million euros) compared to the first half (46 million euros), shows the positive business trend for this year. The 30% revenue growth expected this year will be driven by the Water and Energy divisions, which will double their revenues. The company’s objectives for 2021 go beyond this “we will boost the internationalisation process and continue to combine organic growth with acquisitions and corporate operations while strengthening our commitment to renewable developments,” explains Ávila.

The company is currently analysing the processing of another 100 MW of wind power in Galicia, which would be added to the 150 MW it already has in its portfolio. In 2020, Lantania started the administrative procedures before the Galician Government for the construction of four wind farms of more than 150 MW of power, three in the province of A Coruña and one in Pontevedra. These four projects, channelled through its investment vehicle LAN2030, will involve an investment of 146 million euros.

Moreover, the group started its international development in 2020 and already has offices in Colombia, Morocco and Bulgaria. Last year, the company was awarded its first contract in the Balkan country outside our borders to carry out, in a joint venture with the local company Geostroy, the upgrading of the Plovdiv-Krumovo and Plovdiv-Skutare railway lines for an amount of 67.7 million euros. “Looking ahead to this year, we are exploring opportunities in Latin America and North America, as well as continuing our efforts in the Balkans, Sweden and the Baltic corridor,” says Ávila.

Last year, Lantania’s portfolio reached 350 million euros (+30%) and recorded new contracts worth 150 million euros (+36%). These new contracts include the development of the central breakwater at the Port of Bilbao, the enlargement of the Almansa WWTP (Albacete), the renovation of the Valencia Sud-Villanueva de Castellón section of Line 1 of Metrovalencia and the construction of a section of the bus lane and cycle lane in Baix Llobregat (Barcelona), among others. The number of direct and indirect employees of the group grew by 74% to 592.

Lantania has submitted three initiatives related to European recovery funds worth 54 million euros. Two of these Calls for Interest are part of the Program to Promote Industrial Competitiveness and Sustainability Tractor Projects of the Ministry of Industry, Trade and Tourism (MINCOTUR). These initiatives consist of underwater desalination facilities and energy efficiency and reduction of CO2 emissions through renewable generation solutions.

The third project, related to the improvement of the railway siding of the sleeper factory that the group has in Luceni (Zaragoza), has been presented within the scope of the Support Program for Sustainable and Digital Transport promoted by the Ministry of Transport, Mobility and Urban Agenda (MITMA).

The Lantania Group builds large transport, water and energy infrastructures. It develops sustainable solutions that improve quality of life and promote a cleaner and healthier world. Lantania has a portfolio of work in progress of over 250 million euros and assets of over 80 million euros. The maintenance of the runways of the Adolfo Suárez-Madrid Barajas Airport, the electrification of the first section of the high-speed train to Extremadura, the urbanisation of the Central Breakwater of the Port of Bilbao expansion or the construction of a solar plant in the City of Justice in Valencia are some of Lantania’s outstanding projects. The company has offices in Colombia, Morocco and Bulgaria.