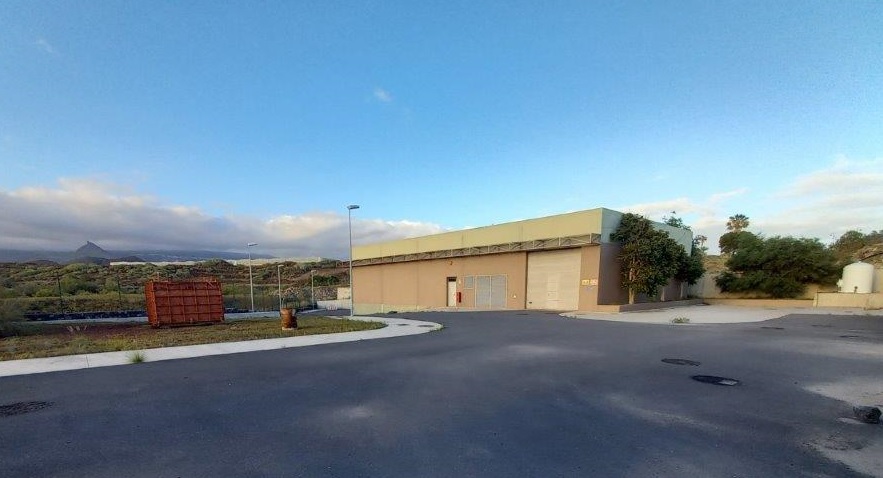 Madrid, 17th June 2021. The Council of Tenerife has awarded the construction and commissioning of the new wastewater treatment plant (WWTP) in San Miguel de Abona to the joint venture formed by Lantania and El Silbo Construcciones. The contract is worth 2.2 million euros and the works are scheduled to take 14 months to complete. The infrastructure, water and energy group will carry out the construction and commissioning of a new transitional WWTP using the existing pre-treatment facilities at the San Miguel wastewater treatment plant (Amarilla Golf).

The new San Miguel de Abona WWTP will combine a biological reactor, a decanter and sludge treatment plant as well as a connection to the existing treatment plant. The technical solution is intended to be transitional, designed to improve waste-water treatment and discharge in the lower part of San Miguel, which includes the villages of Las Chafiras (lower section), Las Cabezadas, El Guincho, Amarilla Golf, Golf del Sur and San Blas, until the regional system for waste-water treatment, purification, reuse and discharge in the district of Arona Este-San Miguel is completed and comes into operation.

Lantania is participating in the improvement of the sewage and water treatment system in the Abona region in the south of the island of Tenerife, with two contracts totalling 7.8 million euros. In addition to the award of the San Miguel de Abona WWTP project, Lantania has recently signed a contract to build the new Ensenada Pelada Wastewater Treatment and Pumping Station for 5.6 million euros.

< Back to Latest news
© Grupo Lantania 2022
This website uses third-party analytics cookies to collect traffic and visitor volume information and improve the user experience. If you continue browsing, you are giving your consent and acceptance of our cookies policy, including the possibility of configuring your browser and, if you wish, preventing cookies from being installed on your hard drive, although you should bear in mind that such action may cause difficulties in navigating the website.
Accept